This hard to stop insect can shoot a caustic mix 212 degree chemicals out of it’s abdomen at 500 times a second. Seriously!

Trace shares some super cool facts about this little bug.

Great video of a variety of beetles using chemical warfare from BBC Earth!

Here’s a cool view of what’s happening INSIDE the Bombardier Beetle’s abdomen from A team of researchers at MIT, The university of Arizona, and Brookhaven Labs.

How did we go from no green spaces in city neighborhoods to the perfectly manicured lawn that defines American suburbia? It all comes down to Frederick Law Olmsted and properties in a housing development in 1860’s Illinois. 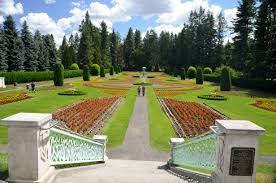 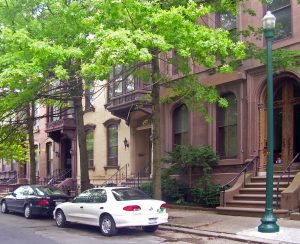 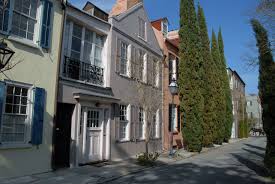 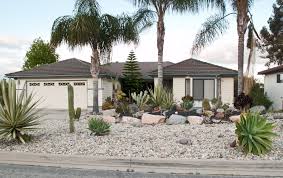 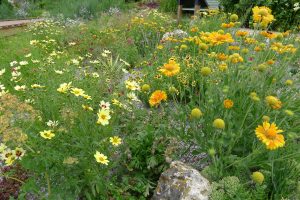 This one is a listener request from my son Will, and my sister Ruth.

This article has a cool map of the development that Olmsted was called in to develop. BB Barns Olsmtead Lawns

No joke, the best and last line of defense to protect the drinking water for an entire city in Poland is eight clams. Let’s chat about bivalve science!

During the 13th century, in the part of the world that would become Germany, husbands and wives could settle marital disagreements with an elaborate battle that used clubs and rocks. It was a drastic argument resolution of last resort. Amy explains all.

In 1476 Hans Talhoffer wrote a manual on various kinds of combat. One of his chapters had illustrations with examples of men and women dueling. It is thought that his depictions of marital duels were common but by no means universal.

Luckily, we found a video where you can see his illustrations in action.

Trace dug deep for this animal symbiosis extravaganza. Frogs and tarantulas, blind snakes and owls; it’s so so good.

Bonus content: an article with a sound recording of screech owls.

Some info on blind snakes from the Smithsonian

Skip in to :28 for the frog CLIMBING UNDER the tarantula.

In 1836, the Belville family began their business of selling time. It started with Ruth Belville’s father and passed down to his daughter, Ruth. She sold time until 1939. Give it a listen, you know you want to learn more.

Visit the museum that has Ruth Belville’s watch.