Extreme Ironing Bureau, extreme ironing is “the latest danger sport that combines the thrills of an extreme outdoor activity with the satisfaction of a well-pressed shirt.”[1]

Bungee ironing is what some would call the ultimate in the thrill of extreme ironing.[8]

Graham Baker has collected 22.1 grams collected in three jars as of the writing of the article-started at 19. About as heavy as a mouse or AA battery.

Rube quit so that he could draw cartoons for the San Francisco Chronicle for $8 a week. He enthusiastically offered his cartoons to the newspaper, only to later find them discarded in the wastebaskets. Occasionally the editor accepted one, but Rube was required to sweep floors and file pictures from the morgue to stay on the payroll.

First worked for San Francisco Chronicle, then to NY made a name with Hearst.

Rube Goldberg is the only person ever to be listed in the Merriam Webster Dictionary as an adjective.

:accomplishing by complex means what seemingly could be done simply
a kind of Rube Goldberg contraption … with five hundred moving parts —L. T. Grant
; also :characterized by such complex means

It’s estimated that he did a staggering 50,000 cartoons in his lifetime. Ruth Flowers decided to become a club DJ when she turned 68. After suddenly losing her husband – with whom she had lived for forty years – she found she no longer wanted to stay in their home in a village in Portugal. Everything reminded her of her loss and she decided she had to try something new.   When she told friends she was set on becoming a DJ they thought her sorrow had driven her to madness. Ruth could not understand why everyone was so convinced that older people are supposed to sit quietly at home and not dance at night clubs? From 2009 she won world recognition and played at various clubs in London, Ibiza, Paris, New York, Los Angeles and even Tokyo. Sadly, Ms Flowers, aka Mamy Rock, passed away in May 2014, at the age of 83. Lloyd Kahn, first tried skatebording at 65. He stood up on a board, fell immediately, and hurt his hand. What did he learn from the experience? That he should wear full protective gear: knee pads, elbow pads and a helmet. Lloyd, who is now 78-year-old, says: “I don’t do any special tricks. I don’t ride like the teenagers. I try not to go too fast, so that I could always jump off and land on my feet.”Picture: Vladimir Yakovlev/REX Duan Tzinfu, 73, demonstrates his amazing flexibility. He only started training when he turned 60. Before, 40 years of hard work at a glass production plant meant he could barely walk and was not flexible enough to reach his toes.Picture: Vladimir Yakovlev/REX Nina Melnikova and Antonina Kulikova, both 75 from Novosibirsk, Russia, picked up aikido at the age of 70. They now train at least twice a week – with each training session lasting around three hours.Picture: Vladimir Yakovlev/REX 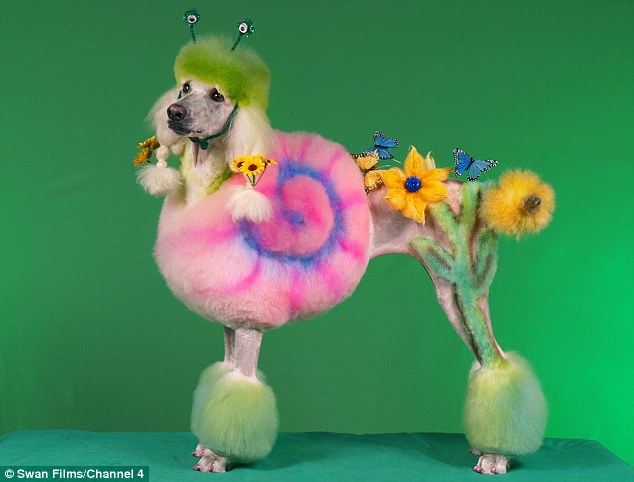 Big in China, the US and the UK

Fire Hula Hooping: DO NOT TRY THIS AT HOME!

Skip ahead 43 seconds for when she starts to spin the hoop on her body. YIKES!

Popular since the 1960s…last year, 135 snails competed in the 2017 World Snail Racing Championships.