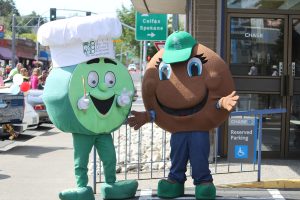 Night of the Radishes

CNN Night of the Radishes

La Noche de Rábanos, or Night of the Radishes

Mid June-blend of Catholic and pagan rituals meant to represent the triumph of good over evil-may have begun as a fertility ritual.

Battle of the Oranges-Northern Italian City of Ivrea

Battle of the Oranges

NOT FOR THE FAINT OF HEART. CLICK ON THE LINK AT YOUR OWN RISK!

Cooper’s Hill Cheese rolling a may tradition of death defying sport so dangerous it is often banned.

For my red headed Husband and daughter. People who sunburn on a cloudy day in the dark, UNITE!

Before we go: Roodharigendag Redhead day A celebration of all things red hair.

Billed as A city in the desert. A culture of possibility. A network of dreamers and doers. Once a year thousands of people head to Nevada’s Black rock desert and create a temporary city– where just about anything goes. Founded on the principle of art and creation…it is an alt-anything fest dedicated to pushing the boundary of society and culture. There are art installations and an emphasis on experience… which ends with the burning of a giant wooden man constructed by the participants.

A History from Up Helly-Aa.org