Either way you spell it, you either love that black candy or can’t get away fast enough. Amy dives into why. 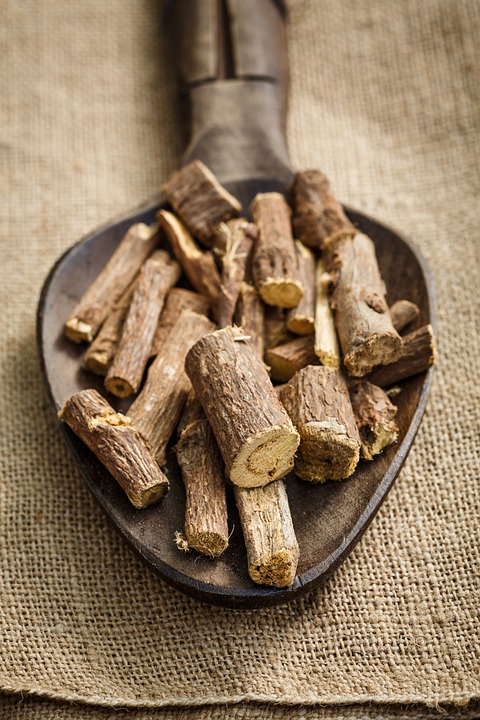 TK: Yeah, this is our ice cream episode. Why do we not have ice cream? I’m all, where is my ice cream?

AB: Um, my pants aren’t fitting very well as it is. So no ice cream for us today.

TK:Um, I’m getting punished for that, but all right.

AB: It’s only going to be peripherally about ice cream for a brief moment.

AB: We went into the Brain Freeze Creamery, which I totally recommend are on Grand* here in Spokane. And the kids that were working there, they’re probably like 23, they’re not kids. The scoopers that were working that day were like offering us samples. And I’m cruising the case and I saw one called blackless licorice. I said, nah. And I looked down at the case and it’s white ice cream. So I asked the kid about it. I’m like, why didn’t, well, it’s not black. He’s like, licorice isn’t black. I said, no. So I’m going to blow the lid off the black licorice conspiracy for us today.

AB: I know. Sit down, you black licorice eaters, it’s going to get crazy and wait till we get to red licorice, grab a tissue.

TK: I don’t want to talk about it.

AB: I know. So it turns out that the scoopers are right. Why would they not be, why would they lie about licorice is a root and it is indeed not black. It is a kind of a creamy white color. It’s okay. We’re going to do some pronouncing. I really looked hard for a pronunciation guide for this and there are none. They pronounce licorice for us. They show us the British spelling. They do not pronounce this name. So we’re going to try it. Here it is. I’m going to let you see it and you try it.

TK: This is my favorite part of Amy presentations is the Latin.

AB: What do you think? Is that about what you think that’s about right? Glycyrrhiza glabra, Glycyrrhiza uralensis and it’s a root that comes pretty much everywhere that doesn’t have a strong winter. Anything East of Europe and South. Oh. Uh, of not the Americas. So pretty much everywhere else. It’s big in Greece and Turkey. Asia, it is not anise oil and it’s not fennel. So it’s its own distinct similar flavor but its own thing.

TK: So anise and licorice are two separate critters.

AB: Yeah, no they do have, I believe they both have a common chemical in them. Um, but again it’s, it’s a white creamy looking root. It does have a brown skin on it. And so I went looking for like, why do we make it black? There’s not a lot of description online about why licorice is black. The biggest thing that I could find was that it was originally colored with the skin of the root, which is a medium brown color. And we hypothesize that they just intensified the color cause as chocolate became more popular, it’s not chocolate, but it’s brown.

TK: We have theories but not a lot of information.

AB: Yeah. You go to Google and you say, why is licorice black? And I mean everyone’s talking about how it can kill you, but they aren’t talking about the color.

TK: Yeah. And I bet you it was just kind of this kind of a grody brown dirty.

TK: And then maybe somebody, it was like, wow, maybe we could perk this up a little bit and then it became tradition.

AB: Yeah, it is a very distinct black. It is and it indeed can hurt you if you eat two ounces or more a day for two weeks. Black licorice can prompt an irregular heartbeat in adults because it lowers your potassium and raises your blood pressure. So don’t eat a ton of black licorice after this episode on a regular basis.

TK: Well two ounces really isn’t all that much.

AB: No, but it does have that. Hmm. We’re not going to say it’s got that acid in it that does it. It’s job and it has, it’s very ancient candy wise. It’s one of the earliest candies. Greeks and Chinese and Egyptians used it for stomach inflammation and upper respiratory problems and it’s been used as a sweetener over the years. So if you have made it this far and you don’t like licorice high five thanks for hanging in. It is a legit thing. I read a few articles about that too and the hatred of licorice is a lot like cilantro. Your body is either predisposed to liking it or not.
TK: Yeah, I’m in the not crowd. Um, I have never liked licorice and I have a very high gag reflex. And the only time that I have ever really felt Oh Oh I don’t feel so great is cutting fennel, which has that very licoricey anisey sort of smell. Cause uh, Chas wanted some and I was like, well I can cook that no problem. Chopped that bulb in half and I almost lost my lunch on the cutting board and I was like, clearly this is not the product for me. Yeah. Licorice, I couldn’t plant. Ah, ah, that was always old people candy.

TK: Yeah, before my time.

AB: Um, one article I read said that the aversion is a taste aversion and that the odor develops related to that. The, the odor thing can ebb and flow.

AB: Um, it is not the primary thing that your body does. Your body doesn’t like the taste. And so your nose responds, your brain responds to the smell knowing what that’s gonna taste like and that hates it.

TK: Oh, so don’t tell Chas cause I might have to try cooking finally again.

AB: I feel like that’s one of those hills you probably don’t need to climb. You’ve got two other two or three other people in the house. And finally red licorice. Can we talk about like red licorice? It doesn’t actually have the chemical in it, so it is not actually a licorice. And now if you go to stores and you look at Twizzlers and Red Vines, they do not call it licorice on the packaging. They call it twists or some sort of euphemism like that. And it’s packaged with the licorice, but it’s just a candy.

TK: Oh they say a licorice style candy because it’s in that twist style. But it’s not licorice because it doesn’t have that chemical. Huh? I didn’t notice.

AB: I know. I just blew the lid off the whole liquors conspiracy.
TK: Wow. I’m standing on shaky ground.
AB: I know. That’s my Brain Storm.
TK: We are on Facebook and Instagram as BrainJunkPodcast and you can find us on Twitter as @MyBrainJunk. Amy and I will catch you next time when we share more of everything you never knew you wanted to know and I guarantee you will not be bored.

*The Brain Freeze Creamer location on Grand has closed since this episode was recorded. Visit their website for locations and hours. You won’t be sorry. https://brainfreezecreamery.com/